I have only published one post so far and probably am only talking to myself here, but I have saved the post I was working on for later because I want to acknowledge the passing of Bollywood legend Yash Chopra.

As I jumped into Bollywood after my introduction through Jab We Met, I noticed that a lot of the films I enjoyed started with a particular melody and some version of this symbol on the screen: 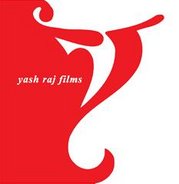 I didn't know until later that Yash Raj Films was Yash Chopra's production company, but I began to be pleased when starting a new film to hear that melody and see this symbol. My youngest, Wally, the child I mentioned in my first post whom I used to rock to sleep while watching Bollywood movies, knows the YRF signature melody. When it comes on, he sings along. (He's not yet two.)

Yash Chopra was particularly known for his romances, and indeed, I don't think I've yet seen a Yash Raj film that was not a romance (but I have Deewaar coming up soon in my Bollywood viewing plan). Dilwale Dulhania Le Jayenge is probably the most famous Yash Raj romance, but my favorite is Rab Ne Bana Di Jodi, which is loved by my children also. We usually can soothe Wally out of a tantrum by showing him the song Phir Milenge Chalte Chalte, and my two older boys (12 and 10) have learned to dance along to it, mimicking the moves with surprising adeptness. Meanwhile, my daughter's favorite (she's 8) is Veer-Zaara, which she and her older brothers begged to be allowed to watch in installments over several nights. For quite awhile afterward, I would hear them suddenly break out singing Main Yahaan Hoon at random moments.

I love the vibrant colors and music, the gorgeous costumes and scenery, the beautiful people, and yes, the happy endings I have found in Yash Raj films. They have a wonderful quality that certainly could be called "cheeziness," but that I prefer to characterize as ebullience. Sometimes I like to escape to somewhere more beautiful than reality, and thanks to Yash Chopra, I have a lot of wonderful options- and I've only scratched the surface of his long career. I look forward to discovering many more of his films.

I was so very sad to hear that he passed away today. It's strange to think that as early as two years ago I had never heard of this man, and now his death feels like something momentous to me personally.

Rest in peace, Yash-Ji. You most definitely made a mark on the world, and you will be missed.
Posted by Annie at 5:56 PM