Bemused by my lack of enthusiasm for Barfi 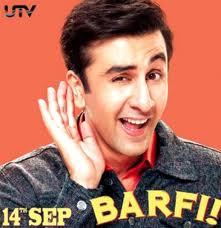 I was really quite certain I would like this movie.

I saw Ranbir Kapoor in Rocket Singh: Salesman of the Year and thought he did an excellent job. I had faith in Priyanka Chopra's abilities after seeing Kaminey. Ileana D'Cruz was a complete unknown to me, but fans of South Indian films were very enthusiastic about her.

I heard that the movie was feel-good and sweet, funny, well-made, and possessing plenty of heart. This is the kind of thing I generally like.

It was a hit in India, and people in the know in those parts liked it so well that it was India's 2012 entry for the "Best Foreign Language Film" category at the Oscars.

I was all geared up for a fabulous time when I streamed it, but somehow, for me, it fell a little flat. And it's hard for me to pinpoint exactly why. 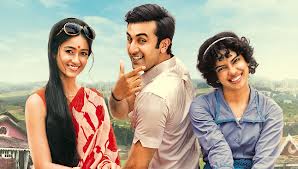 It wasn't the acting. All three of the leads were good, and so were the supporting actors. Ranbir's character was deaf and mostly mute, and Priyanka's character was severely autistic, so there was plenty of room for embarrassingly misguided performances. But this was not a problem. 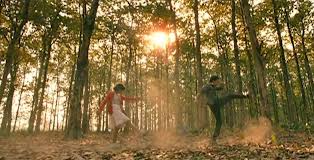 It wasn't the direction or the cinematography. There are some beautiful pictures in this film, and I liked how much they played with light versus shadow. 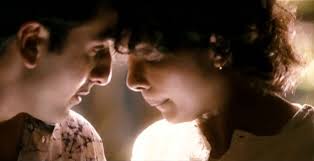 It wasn't the physical comedy. It was well-done and  not nearly as extreme as some Bollywood flicks go, and very often done in homage to Chaplin and in that style. There was some internet chatter about "copying," and I'll admit it was a little weird to see a scene basically lifted from Singin' in the Rain that didn't really fit where it was placed, but it was a small scene and not something likely to make me hold a grudge. 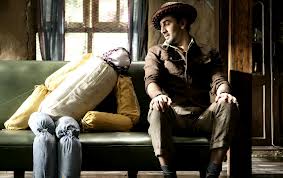 We may be getting closer with the music. No song-and-dance numbers, and the underlying soundtrack had a repetitiveness that became a bit grating after awhile. But there were some nice songs, too. 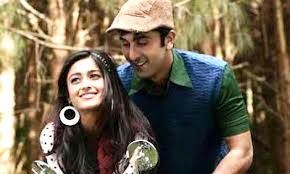 And it's not that the story was bad either, although one problem was that it had too much going on. I think what it boiled down to was the central message of the movie resulting from how the story was framed. The message of the movie seems to be "you better get love right the first time, because you get no second chances for happiness!" Bull, I say. (And I say this as someone who married her first love!) And, for me, this message fairly ruined what should have been a perfectly lovely movie. But it was a movie that demanded to be taken seriously, so I can't help but be seriously nettled by that central message.

It's too bad, though. And it would have been nice for India to get that Oscar nomination...
Posted by Annie at 8:55 AM