Something fun for me about watching Ek Tha Tiger recently is that it was the first Bollywood film that I watched after having been aware of it before it was released. When I first discovered Bollywood, I simply bounced around Netflix and YouTube, watching movies that were, inevitably, at least several years old and often much older. As I started following Bollywood news a little bit online, and joined the fabulous BollyWhat? forum, I began to be exposed to movies before they were even released (amazing! tantalizing!). Reading about the Bollywood films coming on the horizon could be quite frustrating, because who knew when they would be available to such as I?  Well, kudos to Netflix, because a little over four months after Ek Tha Tiger's August 15 release, I watched it via online streaming. 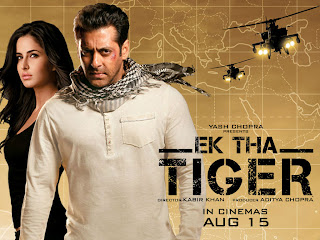 I must stress that I wasn't expecting much from Ek Tha Tiger, because I think that is a key component to why I had so much fun watching it. The other fun came from, again, being able to watch a movie that I had watched, so to speak, people anticipate and then react to. I was also already very familiar with the soundtrack. Very. Familiar. I bought it after noticing how much my kids liked the song "Banjaara" on YouTube, and have listened to it countless times in the car, particularly "Mashallah," since my two-year-old is wont to shout "Again!" when it finishes.

But the reviews for Ek Tha Tiger were often lackluster, and since I didn't much care for Dabangg, which is a Salman Khan action flick that most people do seem to adore, I didn't think this would be my thing either. However, I was thoroughly entertained! It is entirely brain candy, and if you are looking for a taut spy thriller, you might be dismayed by all the plot holes you threaten to fall into, but if a silly modern masala that mixes action with romance and touristy-shiny views of foreign locales could float your boat, well, I present Ek Tha Tiger for your viewing pleasure! Salman Khan and Katrina Kaif, neither of whom can really, well, act, are clearly having fun and their enjoyment is infectious. Luckily acting isn't so necessary for this, and charisma (Salman's) and looks (Katrina's) carry the day. 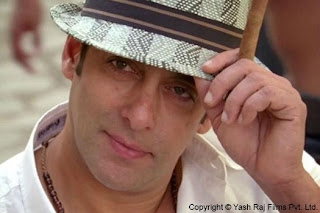 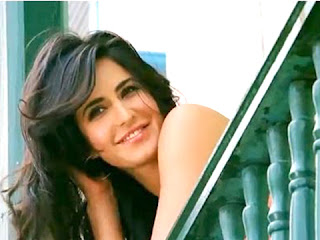 The story centers on Salman's character, an Indian agent code-named "Tiger." He gets sent to Dublin to keep tabs on an Indian professor who may be sharing sensitive technology with Pakistan. There he meets Katrina's character, who takes care of the professor's apartment and also works at the local theater in some capacity (which is why at one point we get glimpses of a very, very odd stage performance of "Pinocchio"). He falls for her, but he hasn't been able to tell her who he really is, which is troubling for him. As it turns out, she is not what she appears to be either. So adventure and romance ensue. 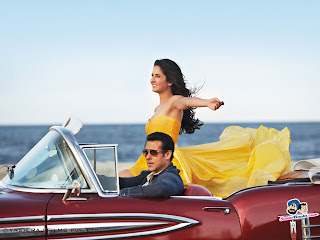 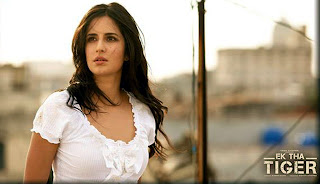 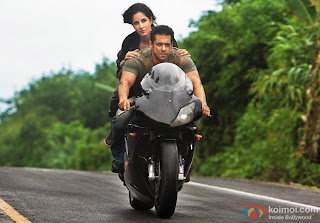 This film had the kind of wink-and-a-smile lightheartedness that I am a sucker for. It definitely does not take itself too seriously. For example, after the song-and-dance to "Banjaara" that lets us know that Tiger has truly fallen for the girl, Tiger's disapproving colleague suddenly appears saying, "What are you doing? Were you just dancing??" Tiger, looking briefly sheepish, glances back down the now empty street, which just moments before was filled with singing-and-dancing extras in various colorful costumes, and says innocently, "Dancing? No one's dancing." I cracked up! The film had already been silly fun, and I think, after that good laugh, I was in a very forgiving mood for viewing the rest of it.

If you are an action film buff with exacting standards for realism and a desire for the plot to make some kind of effort at logical sense, don't bother with this film, just get a laugh from The Vigil Idiot's comic review of it (warning for bad language). But if you can turn off your brain and enjoy, then... enjoy!

Am I the only one on the planet who thought this was much more fun than Dabangg? Comment and let me know!