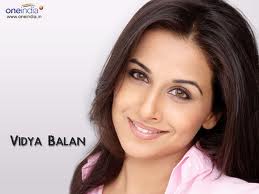 She hadn't really been on my radar, although after watching her onscreen for awhile I thought I had seen her before. I had- in my least favorite Shahid Kapoor film to date, Kismat Konnection. No wonder I hadn't made a point of seeing other films featuring her until now. But I've been glad to find she is actually an accomplished actor, and she seems to choose very interesting roles, too.

I just realized that two out of the three movies in question I became interested in watching from posts on the ...so they dance! blog. Yes, I trust her taste I guess!

The first was No One Killed Jessica. 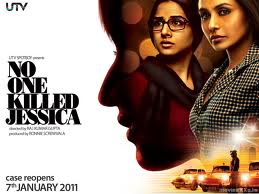 Vidya plays a young woman whose sister is carelessly murdered at a party one night. The perpetrator is the son of a rich, powerful man, who bribes and threatens so that ultimately his son is acquitted. Rani Mukerji plays a reporter who tries to bring justice.

The movie is good, although not my favorite type of Bollywood film, and certainly my least favorite role for Rani that I've seen. Vidya impressed me here with her naturalness, and in the way she was completely submerged into her character.

Then I saw Kahaani ("story"), a much-praised thriller from last year. 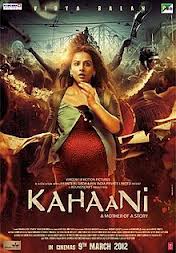 I say the praise is well-deserved! I found Kahaani initially intriguing, and then completely riveting. Like many thrillers, however, I suspect closer attention to details along the way will start a few plot points unraveling, so I'm actually not going to hurry to rewatch this. I enjoyed it so thoroughly that I don't want to blemish it at all. Vidya was absolutely engaging, at turns tough as nails and achingly vulnerable. Her face revealed and concealed at the same time, and here she was, which they hid as best they could in NOKJ, absolutely stunning. Her supporting cast, by the way, was as fantastic as she was. Go watch it! I didn't even care that there were no song-and-dance numbers! 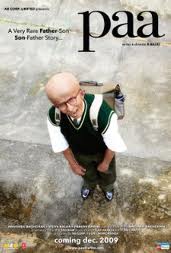 This is a shameless tear-jerker of a movie. I really enjoyed the central story. There are some side issues dealing with Indian politics, which were not as enjoyable to me, although interesting. The core of the movie, however, is about a boy suffering from a disease that causes him to age much faster than normal, and how he comes to know the father that has never been in his life. It is not a synopsis that made me want to hurry to see it, but I felt in the mood for something sweet and it delivered that and more. I didn't realize that Vidya was in it before turning it on, but she was magnificent. She plays the child's mother, and it is not a side-lined role. She delivers a complex and moving portrayal of a strong, accomplished, many-layered woman. It is fabulous. I also loved the relationship her character had with her own mother.

So, within the space of not too much time, I saw Vidya play three characters that were all very different, but all strong women who take charge of their own destinies, in movies that I found interesting and somewhat outside of mainstream. I am impressed with Vidya. I am impressed with her talent and versatility, and in her taste in selecting roles. 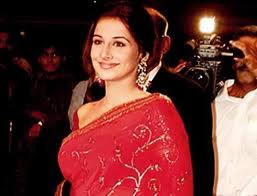 You've come a long way since Kismat Konnection, Vidya. Good for you!