A funny thing happened after I watched Amar Akbar Anthony, the Bollywood hit from 1977 starring Amitabh Bachchan, Rishi Kapoor, and Vinod Khanna (which, in case you didn't know, is an awful lot of star power). 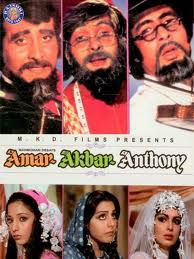 I watched the film and enjoyed it, full as it was of good ol' Bollywood melodrama, plus a generous sprinkling of what I like to term "'huh?' moments." My husband had wandered in and out while I was watching a couple of times, but he is never drawn in by 70s Bollywood production values, so he never stayed. Afterwards, however, he asked me what it was about, and while telling him I literally laughed until tears came to my eyes!
I'm not sure I would recommend this as anyone's first introduction to Bollywood, but it is a rollicking good time!

The story begins thusly: a chauffeur, played by the inimitable Pran, agrees to take the rap for a hit-and-run crime perpetrated by his rich boss, because his boss assures him that he will take better care of his family than he himself can. 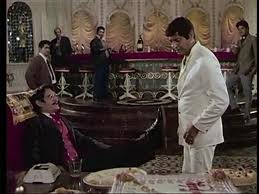 However, when the chauffeur gets out of jail he finds that his boss did not keep this promise, and that his wife is ill and his three sons hungry. He confronts his boss, and there follows a dramatic series of events culminating in the children being lost, the chauffeur thinking his wife is dead, his wife thinking her entire family is dead, and the three boys being adopted by a Hindu police officer, a Catholic priest, and a Muslim tailor, respectively. Oh, I forgot to mention that the boys' mother was struck blind in this series of unfortunate events. The chauffer had managed to steal a lot of gold from his rich boss, and, in retaliation for the loss of his family, also steals the rich man's baby daughter.

We then shift scenes to 20 years later. The three brothers unknowingly reunite at a hospital when they all donate blood to an accident victim, who is actually their mother. Many hijinks follow before the family are all reunited at last. Many hilarious, hilarious hijinks, and also some confusing offshoots of subplots as well.

But surely we can forgive a lot of a film that presents us with Amitabh Bachchan dressed like Mr. Peanut. 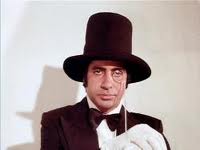 This is, you see, apparently how a good Christian man dresses to attend an Easter party. One must be properly dressed when emerging from the huge, celebratory Easter egg to sing and dance in honor of the occasion. 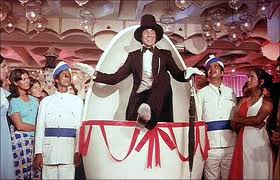 Frankly, I think these images alone should make you want to see the film! And that was one surprise for me from this film, actually. Amitabh Bachchan is hilarious! I had seen a few of his 70s films before this, and he was always very serious and brooding, with his character showing any levity only very rarely. This was not surprising, since he is famous for his "Angry Young Man" persona. But in this film he gets to display a knack for clowning and a wonderful sense of comic timing. It made me wonder if there are more "funny Amitabh" movies out there.

Another thing that surprised me about the film is that there is never any contention between the three brothers stemming from their different religions. When I read the short synopsis given by Netflix, I had assumed that the fact that they had been raised in different religions would prove a significant issue for the three brothers, and perhaps that they would be antagonistic towards each other before having to face the fact of their blood relationship. But this plays no part in the story whatsoever. The brothers are perfectly friendly, despite being ignorant of their real connection, after meeting that fateful day in the hospital. (Well, there is some tension between the Hindu brother, who is a policeman like his adopted father, and Anthony, who has unwittingly aided a criminal his policeman brother is pursuing, but religion never enters into it.) Though this surprised me, I found it quite nice. It also seemed to gently suggest that all religions are kin, even if their adherents don't recognize it, which is a nice sentiment.

Now I want to do a shout out for the ladies of the film! They are wonderful. Each of the brothers has a romantic interest (but of course!), and each of the women (Parveen Babi, Shaban Azmi, and Neetu Singh) gives a delightful performance. 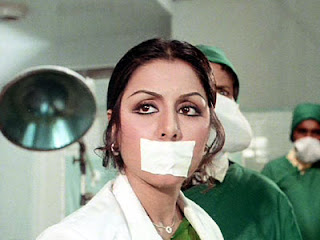 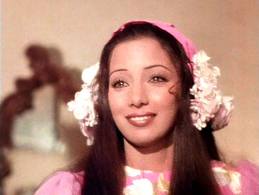 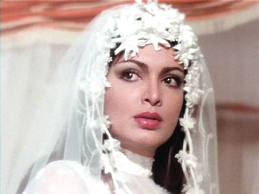 Bollywood films from the 1970s seem to be brimful of strong female characters, although they do not get a fair share of screen time. For example, a major part of the ending of the film (I hesitate to say climax... this film has several contenders for the "climax" title) revolves around rescuing Anthony's love interest, who has been kidnapped, with the kidnappers intent on forcing her to marry a particular goon who is obsessed with her. The three brothers go to the rescue, aided by the love interests of the other two brothers. They are disguised as the priest who is to perform the marriage, the tailor who made the wedding dress, and a "one man band" hired to provide the music. 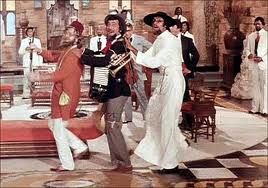 They don't find a sobbing damsel in distress when they arrive, however. She is giving her kidnappers plenty of trouble, and Anthony actually has a hard time getting near enough to let her know it's him because she has plenty of fight in her.

Incidentally, perhaps only Vinod Khanna could pull off the dignity he showed when called upon to reveal himself as a police officer, ready to take charge of the situation, while actually still wearing cymbals attached to his knees.

I think anyone exploring Golden Oldies of Bollywood should certainly give Amar Akbar Anthony a try! It is chock-full of melodrama and delightful music, colorful characters, great performances, and, yes, the occasional plot thread that simply disappears into thin air. Masala film-making at its best, perhaps, and all part of the charm.